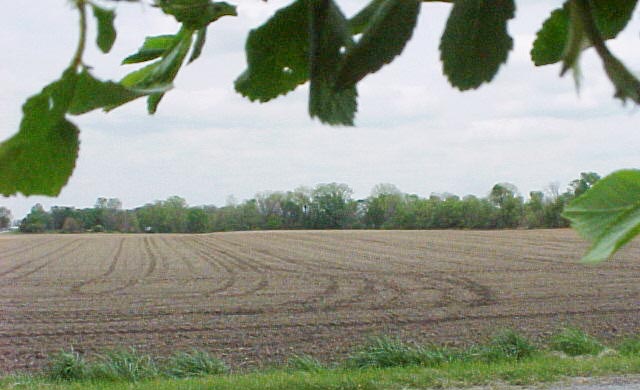 As its name suggests, Richland Township received its title because it was "rich land," the richest land in the county according to the 1880 history.  This rich land, though, was covered by dense forest.  Thus, the first difficult task for settlers was clearing the land of its thick timber in order to prepare the ground for planting and grazing.

Until February of 1830, Native Americans still lived in the area.  At that point in time, William Curtis from Virginia arrived, settling in section 31. 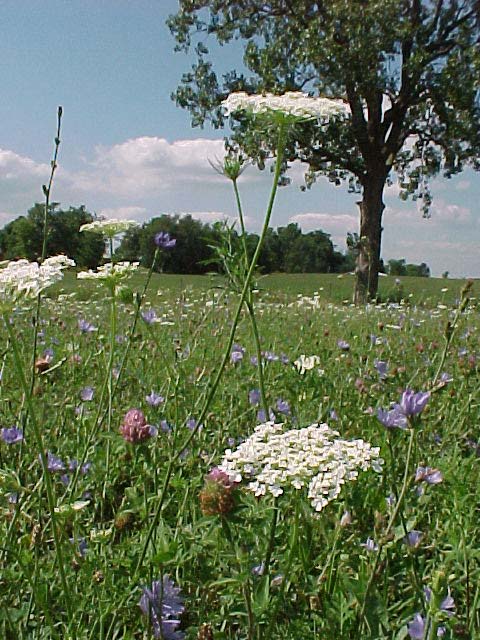 He was not only the first pioneer, he was the first physician in the township. Between 1830 and 1831, he was joined by the families of David Peasants, John Sprinkle, Joseph Brown, Adam Pence, Joseph Bennett, Peter Keicher, and Isaac Jones. Isaac Jones would become the first justice of the peace for the township.  The first road in the township was a trace, made passable in 1831, from Shelbyville to Fort Wayne.   This trace made access to the township easier, and settlers looking for new land took advantage of it, pouring into the rich land throughout the next several years.  The first birth was a daughter of John Parker in 1832.  The first school was taught in section15 in the log Methodist Church.

William Noble organized the first church which for several years held meetings in private homes and later at the Holson schoolhouse in section 8.  This was a Methodist group who in 1860 built a 34' x 48' frame house of worship across the street from the school.  The congregation christened the new structure "Wesley Chapel," after the founder of the Methodist movement, John Wesley.  For over thirty years they held meetings every two weeks and a Sunday school during the summer months.  Some of the early preachers were B.H. Bradley, Isaac King, H. Smith, Joseph Marsee, J.H. Hall, J.R. Lacey, and J.H. Jackson.  Adjacent to the church was the accompanying cemetery.  Even though the school and church buildings have long since been destroyed,  the Wesley Chapel Cemetery still graces CR 650N.

Because Killbuck Creek runs through the township, watermills were built.  Mills were one of the most important devices to early settlers because mills allowed timber to be converted into lumber, grains into flours and meals, and wool into thread.  Settlers would then have shelter, food, and clothing: the means by which to survive.  Around 1833, Matthew Fenimore erected in the southwest section a sawmill, and afterward William Curtis and James Barnes constructed a gristmill near it for grains.  Later, Benjamin Walker built a sawmill further north in section 28 and in 1840 added a carding machine for wool.  John Purcell then capitalized on this enterprise and expanded operations by building a small woolen factory nearby.

While this township is still basically agricultural, there is an informal community center--Moonsville.  Moonsville was started in 1839 by a Mr. Williams and a Mr. Adams who opened a small general stone on land owned by Zimri Moon, specifically at the junction of CRs 600N and 350E.  Soon afterwards, Hiram Stanton set up a blacksmith shop, and Mr. Moon opened a hotel.  There was even a post office, called "Moonville" without an "s," private residences, and the Moonsville Cemetery to the south.  However, there was never any town plat designed and so never any incorporation.  The general store that started the enterprise changed hands several times, and by 1860 it and the post office had been discontinued.

The local people, though, would not allow Moonsville, however unofficial, to die.  They maintained social functions at the crossroads, and sometime during mid 20th century, initiated the Moonsville Conservation Club which held, among other events, an annual horse show, perhaps in honor of the first blacksmith.  The Moonsville Horse Show has gone on for over fifty years, continues to be very well attended by equestrians from all over the county, and is considered the high point of the Richland Township social season.  Moonsville residents finally got their way: while the 1876 and 1901 plat maps for the township do not show this village, the 1968 plat for the county does--however grudgingly.

According to historian Samuel Harden, the first prominent pioneer women to grace the county lived for a time and is buried in Richland Township.  Elizabeth (Curtis) Hollingsworth died in 1853 and now rests in an unmarked, forgotten grave.  She is, however, considered the first white woman to Madison County, arriving from Ohio in 1820 with her husband Elias and their five-year-old son James at Pendleton in Fall Creek Township.  While there, Elizabeth gave birth to the second white child born in the county, E.P. Hollingsworth.  In 1836, Elizabeth moved with her son James to the Richland-Lafayette township area and spent the rest of her life there.  Author Harden speaks highly of her character:

"She was an exemplary woman in every respect, of strong character and a devoted Methodist... She was known far and wide as a midwife and attended more births, perhaps, than any other woman in the county... After attending to her domestic duties and perhaps assisting in the clearing, she would ride ten or fifteen miles at night on horseback over what were then called roads [to deliver a baby]... It took courage and determination to undergo what Mrs. H. did, and it is well such women found their way to the frontier.  They were needed...  We admire the courage that prompted them to accompany the sterner sex to fields of adventure."

Along the west border of the township winds the old Alexandria-Anderson Pike.  On or near this old trail are these pioneer cemeteries: Broadbent/Hartman/Hartwell/Hill Farm, Croan/Penniston/Peniston, and  Funk/Smith.  In other sections of the township are the Curtis, Holson/Holston, Jones/Heagy/Weems/Weems-Heagy, Moonsville, Nelson/Richland, and Wesley Chapel/Forest Chapel cemeteries, as well as an unnamed cemetery. 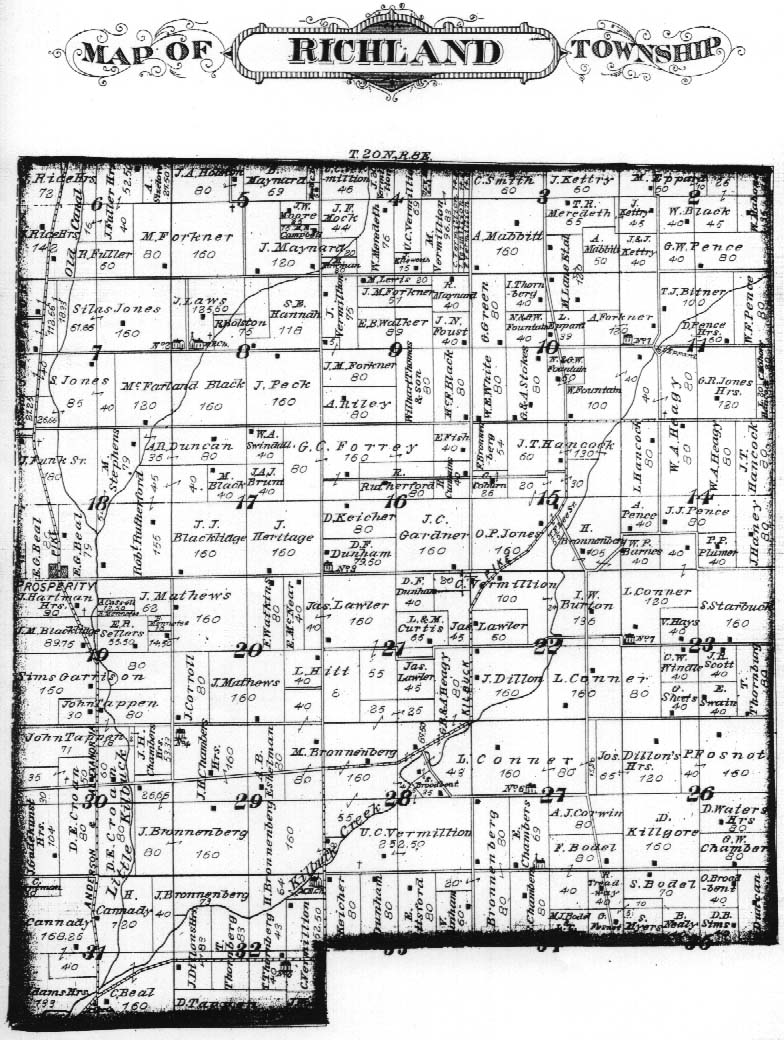