Location: north side of 10th Street, between Anderson City Airport and Otterbein Cemetery in Chesterfield 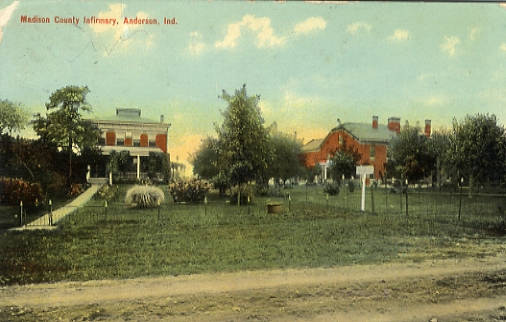 From the late 19th century, this colorized postcard labeled "Madison County Infirmary, Anderson, Ind." shows what the buildings that housed the indigent of Madison County looked like around 120 years ago, shortly after they were erected.

By mid 20th century, the entire complex had been painted white as in this photo, taken from a different perspective.

The County Infirmary was completely razed shortly after the above picture was taken.  The cemetery for those that had passed on while living here was, for convenience, placed directly on the western boundary of the Otterbein Cemetery just to the south of the complex.  Over seventy people are on the burial list below, and they are all in unmarked graves.  Additionally, the "poor farm" cemetery itself is in no way visually identified.  It is only from record that cemetery commission volunteers know that it is in an open field (below) now on Anderson Airport property.

(Postcard and above picture courtesy of Anderson resident Elaine Williams.)

Descendant David S. Eschman has informed (2016) the cemetery commission that his great-great-grandmother Esther Jane Webb Comley was buried at this location--although she is missing from the burial list below by some oversight.  After a difficult life,  Mrs. Comley died while residing in the care of the County Infirmary and is buried in its cemetery according to her death certificate which Mr. Eschman found online. 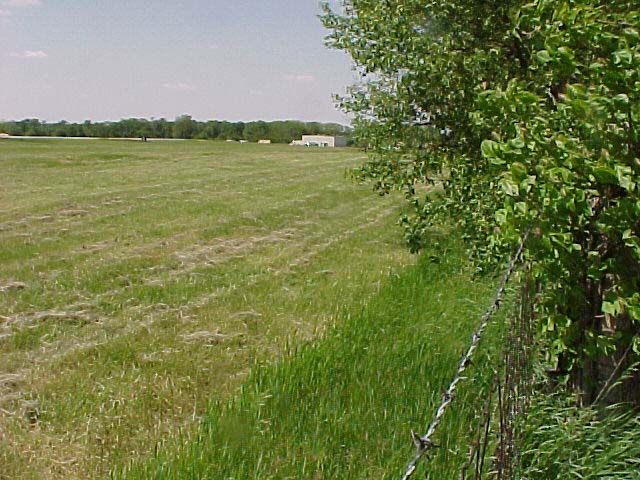 The fence in the foreground of this picture (2004) denotes the western border of the Otterbein Cemetery.  The grassy field to the fence's left is the burial ground for the County Infirmary.  When mowed, the area does show depressions in the earth from the collapse of the simple wooden coffins used for burials of the poor.

For information on another county poor farm, go to the Nelson Cemetery page.