Location: west side of Madison Ave., between Sandra Dr. and Robbin Dr. 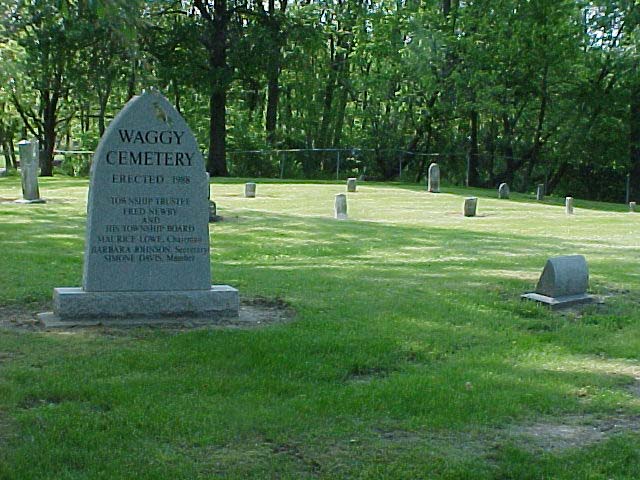 was incorporated into the Pleasant Walk Cemetery in the early 20th century.  At this location, the original Waggy plot is at the very back in the northwest corner.  The large stone marker, pictured at left, was placed as a line of demarcation between the old and the new by the township trustee and his committee, who are thereon listed.  Like so many other pioneer cemeteries, the Waggy started as a family burial ground, included the neighbors and friends in the area, was neglected and vandalized in the 20th century, and now has a place of honor in a modern setting.

When Pleasant Walk Cemetery was being developed as a business around 1900, local resident John Henry Kuhn, 1834-1920, gave the new burial ground its name.  He was, perhaps, remembering the Pleasant Walk Cemetery near his Wolfsville, Frederick County, Maryland, home where he grew up, married, and lived before moving to Madison County, Indiana.  Mr. Kuhn's mother Susan Schroyer, 1793-1881, is buried in Maryland's Pleasant Walk, along with other family relatives.

Henry Waggy was born in Pendleton County, West Virginia, March 16, 1814.  He was a son of the American Revolutionary War soldier Abraham Waggy.  Henry came to Madison County in 1838 and developed over the years a fine farm four miles south of Anderson.  Henry Waggy was married twice.  Martha Wilson, 1824-1859, was his first wife; Ellen Gustin his second.   The Waggy family hated slavery and, therefore, supported the Union cause during the Civil War.  Two of Henry's sons died as Indiana servicemen in that conflict.

The Waggy old section also has the honor of safe-guarding two veterans from the War of 1812: T.J. Dunbar and Dempsy Wilson.  Both are in unmarked graves, but they are listed in the American Legion's Cemetery Record of Deceased Veterans. 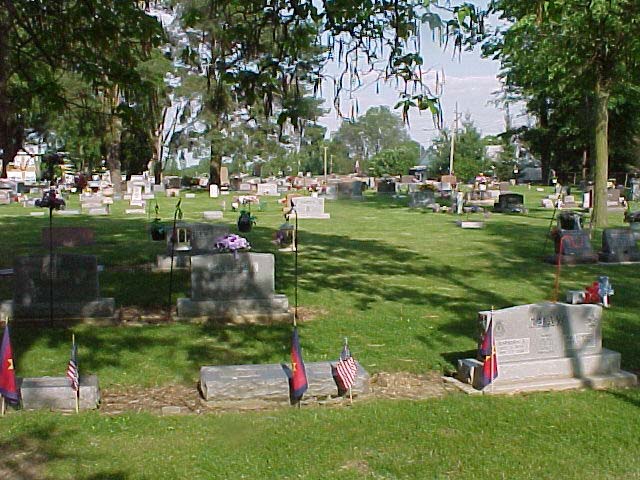