According to one history, the village of Hamilton west of Anderson on 8th Street was laid out in 1836 b 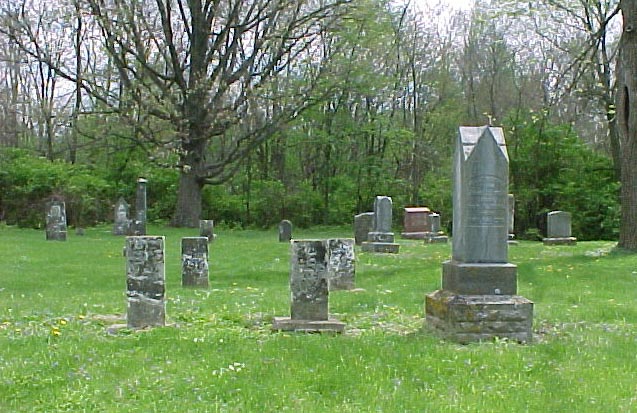 y Henry Devlin and John Stephenson who were businessmen establishing stores, stations, and small settlements along the Indiana Central Canal which was under construction at that time.  According to another history, it was Robert Boyd who laid out the village. What is not disputed is for whom Hamilton was named: Robert Hamilton, a local teacher.  The little town was somewhat successful for around forty years, having a post office off and on, several businesses, the first tavern in the entire township--John Ashby's, started around 1842--private homes, as well as Methodist and Christian churches.  However, by the time of Madison County's first history, 1880, Hamilton's enterprises had "all disappeared."  The Hamilton Cemetery, which was east of the village on land owned by J.E. Epperly, remains as testimony to the pioneers that worked the land and those that ventured into commerce. 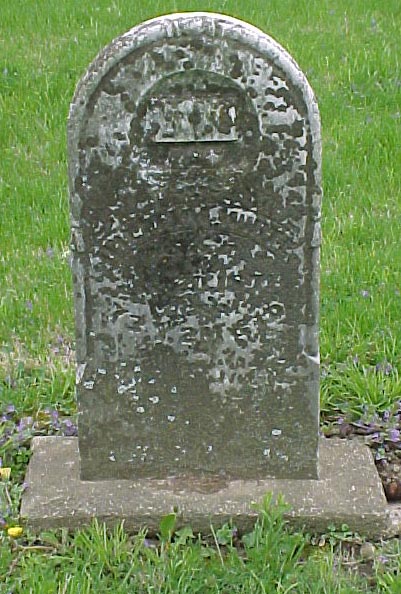 Possibly the first burial at the Hamilton was one of the earliest white men to migrate into central Indiana's "New Purchase" of 1818.  According to an early history of Fayette County, southeast of Madison, Joel White came to the Connorsville area around 1813.  Joel was originally from North Carolina and had traveled through Tennessee and Kentucky.  He had spent some time at the fort at Cincinnati before coming to Madison County and settling along the White River.  Joel White is also listed by Madison County historian Samuel Harden in his book The Pioneer as one of the earliest settlers to Jackson Township.  Joel died March 21, 1845, at seventy-one years of age, making his birth date around 1776, the beginning of America's Revolutionary War.  Joel's wife Susannah Sears was older than he.  She died October 9, 1855, at eighty-six years of age, which would make her date of birth around 1769.  Her gravestone is pictured at right.  Other White family members buried here are Frances, who married Joseph Males mentioned below; Maleena; James, who fought in the Civil War in Co. D. 23rd Infantry; William, who was also born in the 18th century, i.e. 1798, and whose grave marker is on the left; and William's wife Eliza. 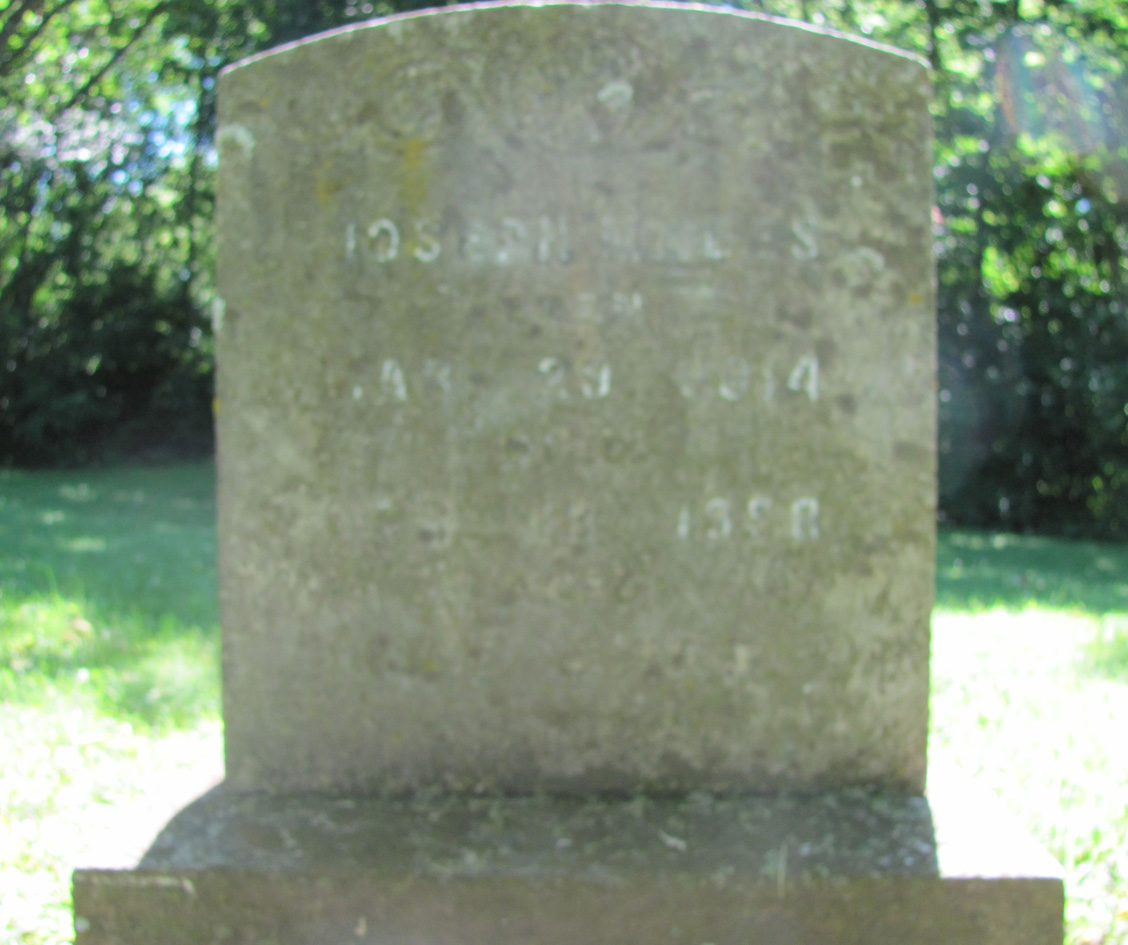 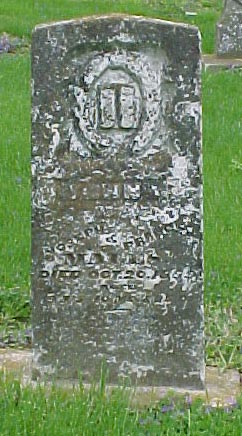 and his wife Frances White, listed above, who died February 6, 1887, at "73y 10m 17d."  Their daughter Margaret, wife of H.T. Anderson, was also buried here in 1875.  Joseph and Frances lost another adult child, who died "Oct. 20, 18?9."  This individual, whose gravestone is pictured right, is not recorded or perhaps is recorded incorrectly in the list below.

Also with birth dates in the early 1800s are members of the Harless pioneer family with James, who died in 1881 at sixty-seven years, his wife Elizabeth, who was sixty-one years old when she died in 1873, and relative Charles, who died in 1875 at sixty-eight years old.    Another settler from this generation is Joseph Morris, who died in 1851 at "47y 1m 4d."

Of the forty-some recorded graves in this cemetery, fifteen of them, roughly a third, are children.  This percentage supports the statistic that the death rate among children in the 19th century reached as high as one out of three.

The 1876 plat map for Jackson Township shows Hamilton still existing, the cemetery a mile or so east of it, and second generation owners of the surrounding land, whose names--White, Harless, Males, Epperly, and Wise--are associated with "Hamilton, farm graveyard #45."